New shapes, sizes and features: The Evolution of Digital Signage 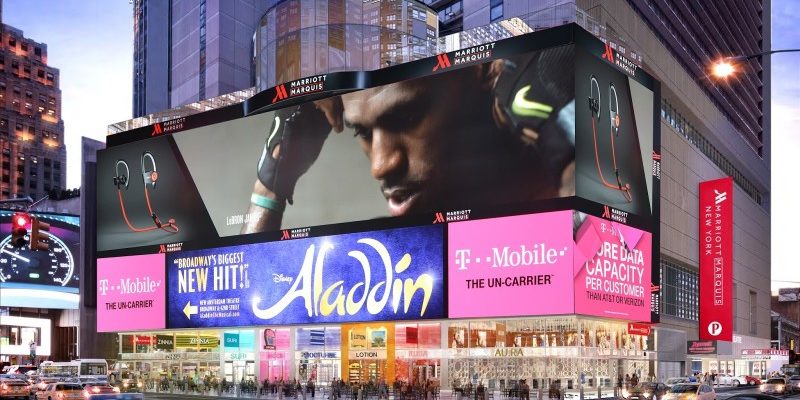 Have you heard the story of someone hooking up a VCR to a television screen and displaying a loop of commercials from a particular company as being one of the first instances of digital signage?

Today, flat panel displays, dedicated media players and SAAS (software as a service) are just a handful of technologies that are altering the way digital content is presented to the public.

The altered content is most definitely having an impact on the market. And how can we say that for sure?

Well, according to a research conducted in Chicago…

Some factors that drive such a growth are:

Industry experts themselves are amazed at the way digital signage has taken off recently. Regardless of which industry we are talking about, everyone is using LED displays in various ways to get their message across.

While the market is expanding, so is the technology behind digital signage solutions. Newer and innovative formats are emerging, making LED screens more than something that just hangs on a wall.

The ever increasing LED display sizes are one of the biggest changes seen in the digital signage market. A few years ago, 42 inch LED displays were considered massive, while today, 90 inch screens and bigger ones than those are becoming commonplace.

Not only are the screens becoming larger, humongous canvases are being used as video walls to present “larger than life” images, thereby giving customers a unique experience and attracting their attention.

The standard aspect ratio for screen dimensions has usually been 16:9. This ratio is supposed to be changing too. A recent introduction to the market is an ultra-stretch 58:9 aspect ratio as an innovative design to companies who want to present their customers with a “non-traditional” approach to digital signage. These screens are extremely eye catching, can be hung horizontally (as a unique welcome screen behind a hotel check in desk) and vertically (replacing a static end cap poster), and provides an engaging experience to the customer.

Stretch screens can be divided into four parts to display a combination of dynamic and static content. For example, at a clothing store, instead of displaying one mannequin dressed in one outfit, this 58:9 aspect ratio screen can show four mannequins dressed in four different outfits, or the same outfit in different colors. Each segment also has the ability to run separate video content. While being able to perform the tasks that could be done on four separate LED screens, stretch screens offer lower power consumption, lesser cabling requirements and as a result, lower operating costs.

While on one hand the LED screens for displaying digital content are becoming larger, the media players that run the content on those screens have gotten very much smaller, and in some cases disappeared entirely.

Initially, when flat panel displays entered the digital signage market, a specialized computer, much like a desktop PC, was used to display content on the screens. These computers needed separate storage space, extra power outlets and more cables to transfer content to individual displays. Consequently, the cost involved and the space requirements to implement a digital signage network of this sort made it possible only for firms with a substantial budget to enter the digital signage market.

Gradually, we saw advances in chip technology and changes in the design of LED displays that lead to reduced sizes in media players.

For example, with the Open Pluggable Specification from Intel, it was possible for small media players to simply be plugged into a slot on the LED display, thereby eliminating the need for a separate power outlet.

Furthermore, some LED sign manufacturers have introduced screens that have an in-built media player. In these cases, digital content can be created through in-built templates, and users can add relevant images and text to produce a customized message.

Moving into the future, some industry experts are predicting that system-on-chip (SoC) displays will completely take over the requirement of a media player. With this technology, the player and the necessary software are integrated. This results in simple installation and much lesser costs in terms of deployment and maintenance of a digital signage network. With the maturing of SoC technology, experts say that more businesses will realize benefits of digital signage and decide to invest in a SoC based network.

Does the SoC network mean that media players will become extinct?

As SoC continues to rise, there will be a decline in media players for sure, but extinction will not occur according to experts. The reason being that media players offer more scope and diversity when it comes to complex digital signage projects such as video walls, interactive signage, ultra HD content and so on.

The organic light-emitting diode (OLED) displays are a promising development in today’s world. These displays consist of a set of LEDs arranged on thin organic films and placed in between two conductors. When connected to electricity, the LEDs emit bright light. With OLED technology, each pixel on the display can be turned on or off. Also, because no backlight is needed for the screens to function, they are much thinner compared to LCD displays. OLED displays are able to create an infinite contrast ratio to bring out bright colors in ways that was never possible before.

These LED displays can either be suspended from the ceiling, mounted on walls or simply placed with a floor stand – allowing retailers to use them in a way that can be allocated within their available space.

While digital signage keeps evolving, there are newer technologies that promise to drive the change.

A customer goes inside the fitting room with his selection and tries the different outfits on himself. The mirror can interact with RFID tags from the outfits to suggest a range of add-on purchases. When he wears a sport coat for example, a matching shirt or necktie may be suggested. A pants fit on could prompt a matching pair of shoes as an add-on. In fact the mirror can also have the functionality to show a customer how an outfit that they have tried on would look if they chose a different color.

With touchscreen technology built into the mirror display, customers can browse through the store’s selection in the form of virtual shopping and the items chosen would be ready for the customer to pick up at the checkout counter. Customers can also use the touchscreen facility to page a sales assistant to bring in a different item into the room

Although these concepts sound hard to imagine, they are actually in operation in the retail world today.

Personalized greetings are another example…

With digital signage, retailers can now communicate with each customer with a personalized greeting as soon as they enter the store. Beacon technology allows the LED sign to interact with the store’s app on the customer’s smartphone and grab details such as customer name, previous purchases, likes and dislikes, and so on.

With this technology, a customer will see content on an LED display that is tailored to his/her personal preference. For example. If the customer has purchased an athletic wear in the past from a particular retail brand, the LED sign that he is closest to could display suggested items to go with the previous purchase.

This is where the world wants to be with regard to digital signage. Advanced technologies that provide customers with an unforgettable experience, thereby convincing them to come back for more. Bottom line – if you get left out of the digital signage network in this tech savvy world, survival may seem far-fetched.