How to create a smarter learning atmosphere with LED school signs 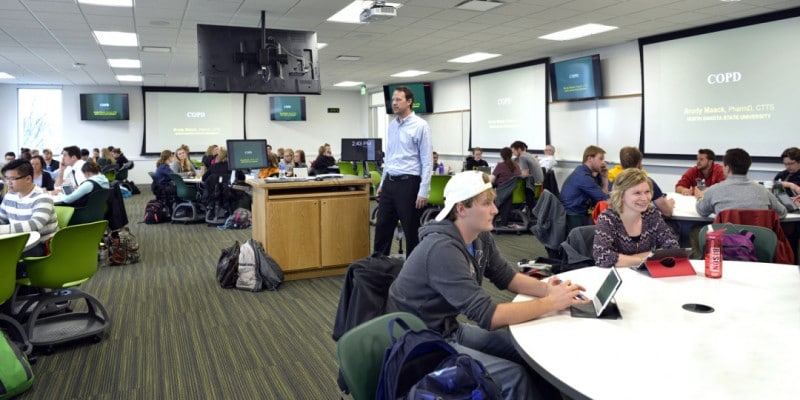 Question: How can you attract a student of today’s generation who just won’t bother lifting her head from her smart phone?

Answer: Make your LED school sign system efficient, robust and user friendly. The system should also be as engaging as all other smart devices owned by students, professors and other staff on campus.

By investing in a digital signage system, you are not just entertaining students but getting them to value a new platform of education that can adapt to changing demands and expectations.

This time, let the students run the show

In addition to informing students, engaging them is also important. Student engagement can be achieved by allowing students to publish content on LED displays via a separate account (which goes through staff approval before being published). Students can upload video highlights from an event, restaurant reviews or even advertisements for study groups.

Make better use of the PC

To transform into a digital environment, school campuses do not need high tech PCs or expensive network management systems. Digital signage systems are now so much more affordable and easy to install than they’ve ever been. LED displays come with built in USB players and controlling software. Multiple connectivity options are also available to connect the screen to other devices.

So what you can do with your PC is to turn it into a high end video wall controller to deliver content across the network. With that PC you can now manage an unlimited number of internal and external content sources with additional features such as preset zones and angling displays.

Attract students with the unexpected

Control an LED display to greet students by name through a chip in their nametags as they enter the student center. Personalized greetings will surely cast a lasting impression on the student. LED school signs used in athletics facilities can be turned into big television screens to watch opposing teams or as a screen for playing video games during break time.

Identify the sole purpose of your LED screen

Will your screen be used for wayfinding or classroom presentations or announcements in public areas? Only after you identify its primary use, you can select the right LED display. Don’t make the mistake of selecting a screen that distracts viewers from the purpose of the screen.

Know your hardware and save up of software

Users often tend to invest in high end hardware but don’t make the most of its features to process high quality images and real-time video streaming for example. As a result they end up investing in separate software and waste time in playing with arrangements and layout of their content design.

Safety at its best with LED screens

A screen used for wayfinding or displaying information can be directed to display emergency information during a crisis based on a signal sent when a locked door is opened or when a certain environmental condition occurs. Consequently, all screens on the network can be alerted with the same emergency notification.

Consider safety of the LED screen itself

When investing in an LED display to be placed on a public venue on campus, consider options such as durability and protective glass that provides added safety to the screen against breakage.