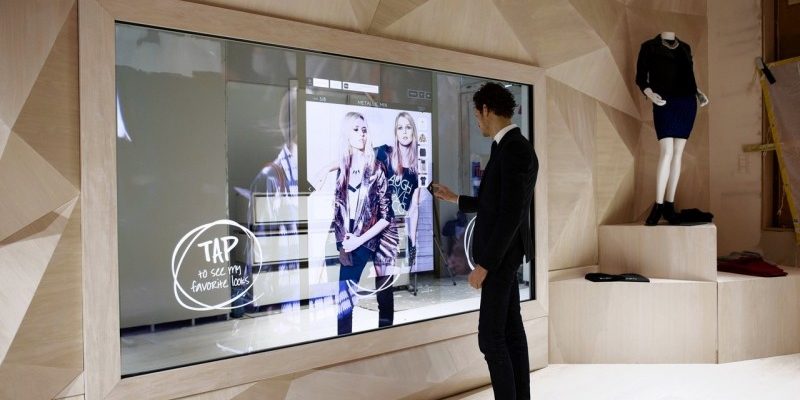 The use of multi touch interactive displays have become widespread in the past few years. They were once seen as devices only used by organizations who had transformed themselves digitally and wanted to live on the technological forefront. Today, interactive LED displays are used in many more applications such as schools, retail environments, hotels, studios, museums, conference centers and so on. In other words, wherever one wants to engage with the public, an interactive LED screen is placed.

First developed in the 1980s, this technology was intended to allow designers to create graphics with their fingers. Gradually, the technology evolved and touchscreens became popular on PDAs, smartphones, computers and tablets. As tablets and smartphones became widespread, even technophobes quickly accustomed themselves to using touchscreens. Although it has not yet come to the point where outdoor LED signs are expected to be interactive or where static signs are frustrating. But there is no doubt that massive multi touch screens are popularly used in fields such as medicine, education and collaborative design.

Touch technology comes in several types: resistive, capacitive detection, perimeter based and so on. In the world of computers, all touchscreens are not created equally. As a result, there are thousands of touchscreen manufacturers across the world.

By 2022, the touch display market is expected to reach $27 billion.

Just as it was expected with other emerging technologies, the initial costs of interactive LED displays was high but has dropped significantly today. To give you a rough idea – a good quality 42 inch interactive display can be bought at less than $1500.

One major hurdle that prevented companies from making optimum use of multi-touch displays was the expense of programming. For any touch based application, a code had to be written, and this would increase the cost by a considerable amount. Now however, specialized software platforms are available to replace the cost of coding.

Businesses of any size can produce attractive and functional interactive applications for any audience without the need of a single line of coding. Most of these software platforms are compatible with common hardware components. These software offer the option of using pre-existing templates to create content or start from scratch and create your own content design. The content can be created for any size of LED screen that operates with any operating system (Windows, Apple, Android, etc).

There is also the facility to combine multiple screens within one application to produce an interactive display wall. Furthermore, with remote deployment capabilities, businesses can schedule content, identify user experiences, and much more. Active businesses can also create interactive experiences with guaranteed returns.

And what is the cost of all this? Just a licensing fee. No service charges whatsoever.

These advancements in touch technology along with the affordable prices allows any organization to adopt to interactive LED displays.