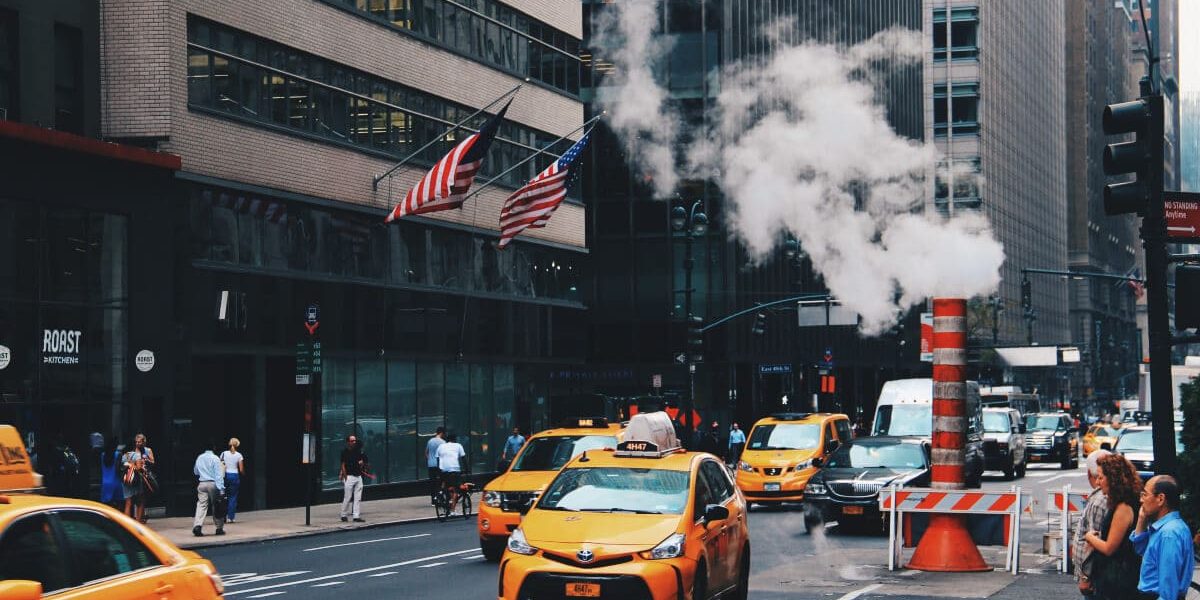 Stand on a busy intersection in any big city and you will probably see dozens of vehicles moving with some form of advertising on them.  Over the years, with developments in digital signage, the potential of vehicle based advertising has become very much apparent. With the help of modern wireless networks and smart devices, data can be shared and exchanged at real-time speeds, thereby making on-vehicle digital signage as efficient as signage that one would encounter outside or inside a physical store.

Digital signage mounted on vehicles also has the capacity to incorporate full-motion video, can be updated with a click of a button, can be played on a rotational loop, and can integrate geolocation technology where advertisements are displayed based on the vehicle’s location.

Let us go through some scenarios in which on-vehicle and in-vehicle digital signage is already functioning and being used efficiently by many companies.

A few years ago, taxicabs would be using analog signage to indicate whether or not they were open for hires. Nowadays, on-vehicle digital signage can be used for hire indication and advertising local businesses as well. Moreover, in-vehicle digital screens can be placed on the backseat of taxicabs for the purpose of entertaining and informing passengers.

Mobile digital signage allows promotion of goods and services while targeting particular areas and deliberately sending signage vehicles out in those areas. This form of advertising is also ideal for promoting new offers as well as showing a digital map towards the business itself.

Also, during public events and ceremonies, there are several digital applications that could be made use of to enhance and improve operations.

There are also a number of potential applications within public events and ceremonies that could be utilized in order to enhance and improve operations during these kinds of events.

Other potential uses for on-vehicle digital signage include public and road safety, which is not much to do with advertising but more for the well-being of citizens. For example, a frontward facing camera placed on the equipped vehicle will provide those driving behind with a clear view of what is in front.

Several companies have come up with new products since the last few years and are taking advantage of the increase in demand for on-vehicle digital signage – ranging from car toppers to digital screens designed to be installed on the sides of buses, cars and trucks.

Deploying digital signage solutions on vehicles does have its own set of challenges that have to be considered. Vehicular systems should be able to withstand extreme temperatures of sub-zero levels and still be able to come to life the next morning. They also need to endure the blazing summer heat influenced by greenhouse effects of a vehicle cabin. Apart from the temperature swings, these digital screens must function with fluctuating power sources of different vehicles. Another major challenge is that the power management system must intelligently and automatically respond to changes based on the status of the vehicle ignition. It should ideally turn off on its own without the driver having to flip a switch but it should also not just turn off whenever the ignition is switched off. On the other hand, it cannot be left switched on all the time as this will drain out the car battery as well. Hence proper programming must be done so that the screen loses power automatically when the vehicle remains parked for longer than a particular time period.